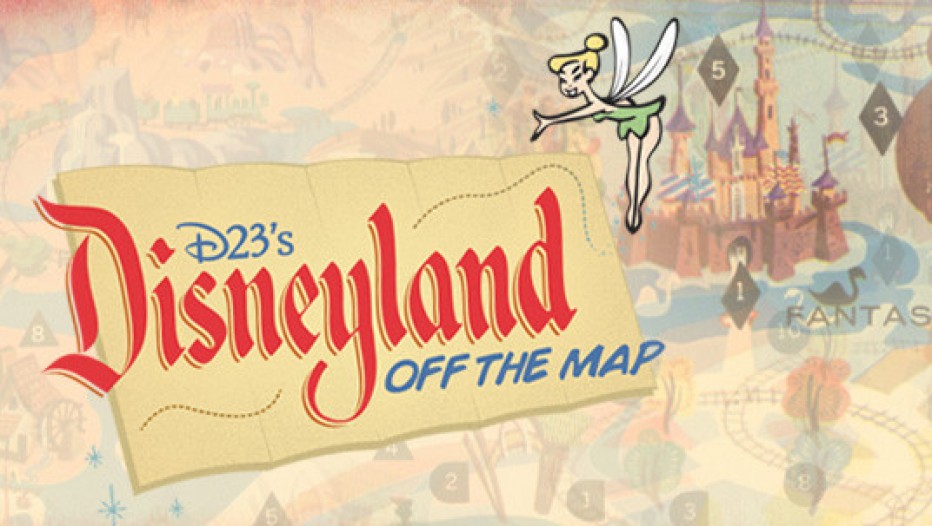 My Experience of the ‘D23 Disneyland Off The Map’ Tour Sweepstakes

A few weeks ago, I was contacted by the D23 team informing me that I had won the D23 Disneyland Off The Map Sweepstakes! According to my rep, they said another winner was actually chosen, but for whatever reason, had to back out. I was pretty excited to win this contest considering I joined the D23 club specifically to sign up for it. Seriously, what Disney fan would not want to go on a special tour of the park?!

The tour was awarded to 25 D23 members, all of which were allowed to bring one guest. Once inside the park, we broke into groups of about 14 people and split. With camera in hand, I was prepared for a unique experience that not many people get to enjoy…at least for free. The tour consisted of four stops generally off limits to the public.

Circle D
Our first stop was a visit to Circle D in the rear of the park right behind Mickey’s Toontown. This is where all of Disneyland’s animal castmembers live and play. At first, I thought it was going to be just a look at the animals at the petting zoo, but it turned out that we got to see the horse stables, watched a few animals run around and talked to a couple of parrots. We were forbidden to take photos in all areas backstage so unfortunately I don’t have anything to show you other than a few pics I managed to locate online. 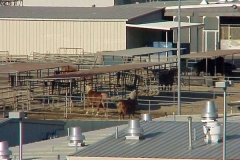 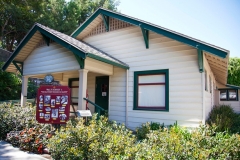 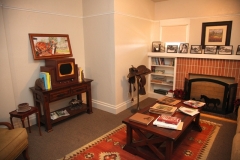 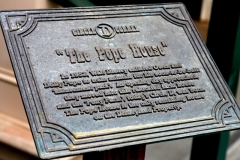 One of the more interesting things about Circle D was learning about the Pope house—an actual house that was relocated from its original location somewhere in the area where Disneyland sits today. After Walt changed the location of his future amusement park (from Burbank to Anaheim), he had the house moved to the back of the land and insisted that Dolly and Owen Pope relocate from the Walt Disney Studios onto Disneyland property so they can work as caretakers for the animals at Disneyland. They moved in just three days before the opening of Disneyland and lived there until they moved to Florida in 1971 to help manage and maintain Walt Disney World’s Tri-Circle-D Ranch.

In case you can’t see it clearly, the plaque at the home reads:


“In 1952, Walt Disney enlisted Owen and Dolly Pope to train animals for his soon-to-be-built ‘amusement park’. As opening day approached, they moved into this relocated farm house and the ‘Pony Farm’, today’s Circle D, was born. The Pope House is the only remaining house on the Disneyland Property.”

The Dream Suite
Moving along on our tour, we made a stop at the Dream Suite. Disneyland’s version is sitting just above Pirates of the Caribbean in New Orleans Square—in contrast with Walt Disney World’s version, which is inside Cinderella’s Castle. The Dream Suite was created during the Year of a Million Dreams celebration and became a place where completely random guests would be picked right out of the park for a chance to stay overnight in Disneyland while enjoying an empty park tour and 24-hour concierge service.

The Disneyland Dream Suite sits in the location that was formerly occupied by the Disney Gallery and once inside, it’s certainly noticeable other than a few new walls and rooms that have been built. On this part of the tour, we were allowed to take all the photos we wanted. But due to the amount of people we had and the small places in which we were always standing, I have decided to upload mostly pictures that are provided by Disney. 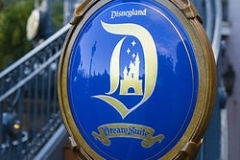 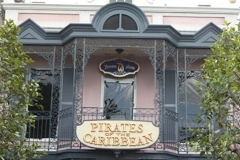 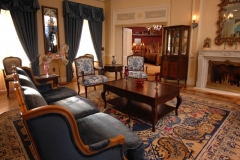 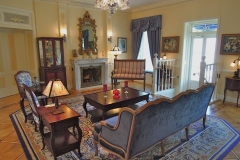 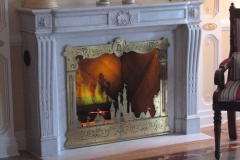 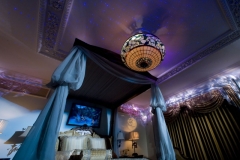 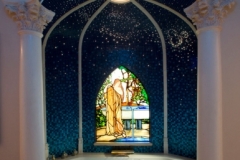 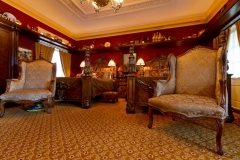 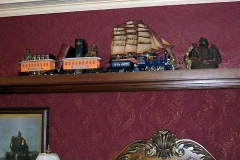 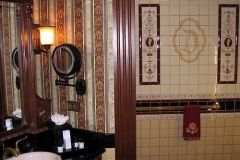 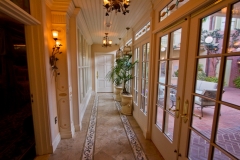 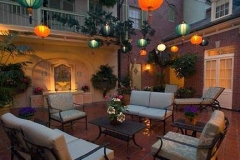 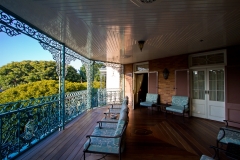 Walt Disney’s Apartment
This was the stop on the tour that I most wanted to see. Unfortunately, it was also another place where we couldn’t take any photos. Regardless, the history of such a place was astounding…even the smell of the space made you feel like at any moment, Walt Disney could just walk in a shake everyone’s hand. It was in this space from day one of the opening of Disneyland that Walt and his family could spend time together away from the crowds and chaos of the guests below. It was quickly realized that the apartment was much too small and plans were put into motion to build a much larger area in New Orleans Square, but sadly, Walt passed away before it was completed. That space is now occupied by the Dream Suite. The photos below are not mine. 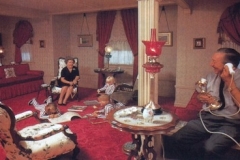 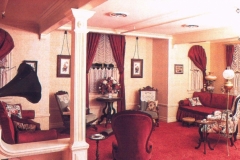 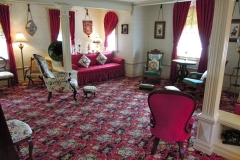 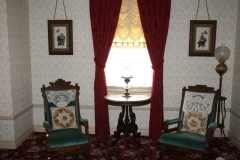 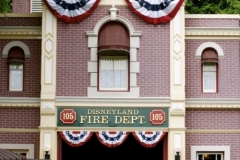 When Walt was in the park, a light in the window was turned on to alert guests of his presence and now it remains lighted 24 hours a day, 365 days a year to alert everyone that his presence will always be here.

The Lilly Belle
Taking a ride on the Lilly Belle is something special considering none of the remaining train cars on Disneyland’s Railroad are enclosed and certainly not as ornate. According to the history of the railroad, almost all of the original cars had typical train seating (facing forward like you’re on a bus), but once the dinosaur attraction was put in, the train cars were removed and new ones put in place so people in all parts of the train could see the displays. The Lilly Belle was created from one of the original train cars in an effort to create a private car for various dignitaries and VIPs. It was named after Walt’s wife Lillian. The photos below are not mine. 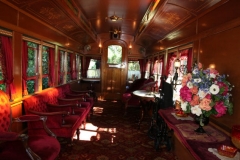 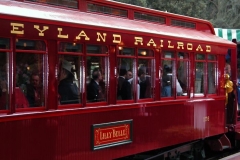 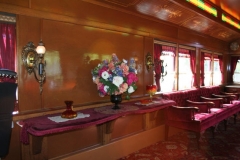 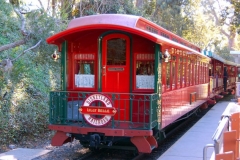 A trip around Disneyland in the Lilly Bell was the final experience of our tour and one that I’ll likely never forget. My only regret is not being able to take photos backstage and in Walt’s apartment, but I understand the need to preserve some of the more private areas of the park. I’d like to say thanks to the D23 crew for making all this happen and thanks for a wonderful parting gift! Below is the matted photo we got just for coming along and it’s one that I don’t think I’ve ever seen before. Here’s Walt looking out of the front window in his apartment: 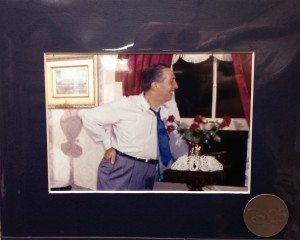 My Experience of the ‘D23 Disneyland Off The Map’ Tour Sweepstakes was last modified: August 18th, 2015 by Brandon
Tags: D23, Disneyland, sweepstakes
Share this post