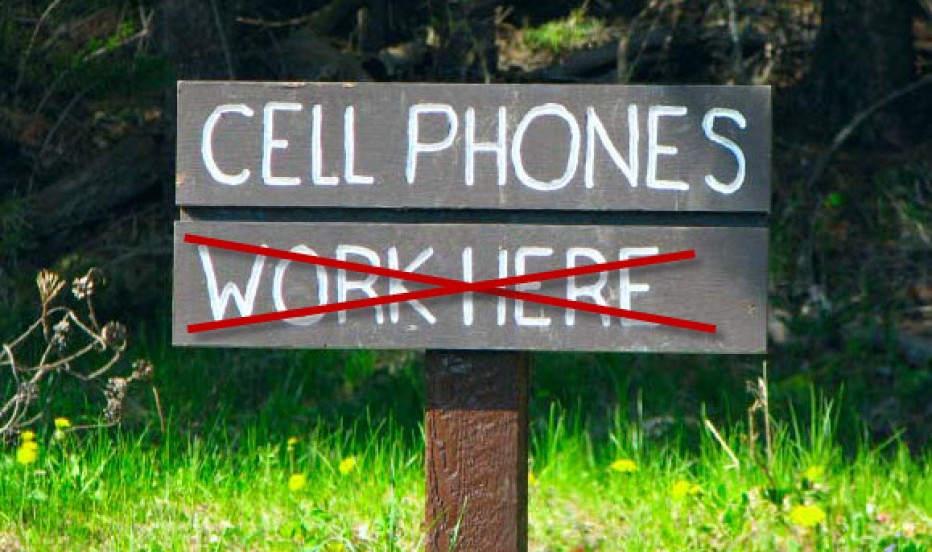 The first thing you should know is that jamming cell signals is a federal crime in the U.S.

Ok there’s my official disclaimer! I bring up this topic today because I read an article about a man in Philadelphia who rides public buses every day and decided to take matters into his own hands when he had to deal with annoying cellphone talkers by carrying with him a portable cell phone jammer. This issue most likely resonates with everyone reading this because you know you’ve been in a movie theatre, restaurant, in line at a theme park or just about anywhere else and have had to deal with someone on their cell phone speaking loudly and bothering everyone around them. There is usually little you can do about it and “no-use” warnings from said establishments often go unnoticed or flat out ignored.

Another example I just thought of was students in class. I found an article where a school principal installed a cell phone jammer at the school to keep kids from playing with their phones while in class, but the plan backfired when the students found about it and reported him. I’m not a teacher, but I do know what it’s like to have people playing on a phone while you’re trying to talk to them, so I can only imagine how much worse it would be with 30+ students to manage.

So these annoying people don’t adhere to warnings, won’t listen to your pleas to hang up the phone, don’t care about the privacy of those around them and appear to be just straight up jerks! How about you just take away their phone all together?! Ok, so I advise against literally taking someone’s phone from them, but now you can just remove cell service from the surrounding area! 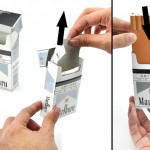 You may have heard of (or seen) cellphone signal jamming  in some action flick where a bunch a bank robbers enter a bank, setup a cell phone jammer and go to town without anyone being able to make or receive phone calls. Until recently, this was only in the movies because cell phone jammers were relatively large and power-hungry—in other words, not portable. Today, companies are selling these devices in all sorts of sizes and have even resorted to camouflaging them to look like other everyday items like cigarette packs. While it’s perfectly legal to manufacture these items and even buy and sell them, it’s illegal to use them in most countries.

The reason for the legalities isn’t due to the device itself…it’s what the device is doing and it’s pretty black & white. The law protects all electronic spectrums (tv, radio, wireless, etc.) from being tampered with in any way that could disrupt service, cause harm to individuals and/or cause financial losses. There are also some moral issues with jammers as well. One of which is when you block out service, you’re making it impossible for people to make or receive emergency calls.

To understand how they work, you need to understand how a cell phone works. VERY quickly, I’ll explain this. Wireless antennas divide cities and towns into cells. When a person is on the phone, they are communicating with the closest tower. As they drive or move around, the signal is handed off to the next closest tower and so forth as you move farther along. To jam the signal, a cell phone jammer is simply cutting the communication lines between these towers and the phones attempting to make a call. It accomplishes this task by transmitting a signal similar to that of a cell phone, but at a much higher power causing the two signals to collide and effectively cancel each other out. It’s almost the same thing as having a cell tower that is being overpowered by too many calls being made at the same time. 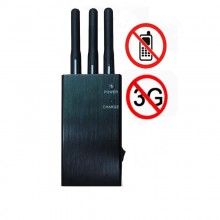 Thanks to advances in technology, we can now buy these jammers in a variety of sizes, shapes and colors. But you won’t find these things at your local Best Buy or even on Amazon! Because the penalty for using one of these devices in public can bring about fines up to $11,000 or imprisonment up to a year, no retailers will touch them. But we can always rely on good old China to sell us all our jamming needs!

Anyway, you’re probably here to buy, so I recommend checking out JammerAll.com. I don’t get any paid endorsements from this company. I have also never purchased anything from them, so if you end up dealing with them, send me back some comments on your experience and I’ll post a testimonial here! From what I can see, this site sells all sorts of other jammers and cool devices. The jammers category has jammers that you can install permanently in businesses and offices or tiny battery-powered devices you can carry in your pocket or car.

Deciding which one you need can be a daunting task, but here are some general things to look for:

Prices range from $51 to $11,000+ and JammerAll.com appears to sell them all! My advice is to stay away from the ones that block GPS signals because that’s just bad taste. I can’t think of any practical reason why you’d want to kill someone’s GPS device! Plus, by getting one that only deals with cell service, you’ll be saving a lot of money.

I think jammers should be installed in libraries, meeting rooms, theatres of all types, schools and just about anywhere else where people are working or should be paying attention to something. I think it’s sad that we’ve come to this. What happened to us as a society where we think that everything revolves around us or that just because we can do it, we should? First of all, I don’t really want anyone to hear my conversation and second, I respect people around me enough to realize that maybe some people were expecting a peacefully quiet ride home after a long day at work.

Personally, I don’t rely on my cell phone. If the battery dies or I’m in a no-service area, then so be it. That’s life. That’s not to say I don’t get frustrated and miss having access to the Internet or my friend’s text messages, but I don’t see that it’s the end of the world. As for this argument about jammers causing emergency calls to not get through; there are a hundred other reasons that could stop you from sending or receiving an emergency call, one of which is actually not having service because the cell company hasn’t extended service in your area. And remember, cell phone jammers don’t block land line phone calls. Just remember that not too long ago, we didn’t have cell phones. Think of some other options you could use to get your message out and stop relying on cell phones to complete your daily life.

Jamming cell signals – How to keep people from talking on the phone was last modified: July 7th, 2020 by Brandon
Tags: cell jamming
Share this post