This is a placeholder for my review and maybe pictures of the greatest concert of 2008!

By the way, if you haven’t heard the new album, go check it out and/or buy it at Amazon right now! Check back later.

The night finally arrived. The majority of tickets sold for this concert were on the paperless ticketing system and because I was part of the AC/DC fan club, I was sold some member’s only tickets in this format. All was well until I realized that the debit card I used to purchase the tickets had since expired and I was left with the newly issued card which had a different number. So for anyone in this predicament, here’s what happened:

We waited in line until the doors opened and after getting through the security checkpoint, they were swiping credit cards in order to print a ticket on the fly for access to the venue. Of course, when swiping mine, there was a mismatch and I was sent to “window 5.” At this window is where the apparent ticketing issues are corrected. In no time at all, they verified my information using the ticket confirmation number (which I brought just in case) and they printed out two tickets for me.

Anyway, we got back in line and proceeded to our seats. We sat down and waited for the show to start.

At 8pm on the dot, the opening band came out. They were actually pretty good. They were called The Answer and they play some really cool music that’s a mix of hard rock and blues. More on this band can be found at their website and you can get their music at Amazon.

9:02pm :: The lights went out and the Black Ice intro video begins. Moments later, AC/DC enters and starts the most insane night I’ve seen in while! Here was tonight’s setlist:

Encore: Highway to Hell / For Those about to Rock (We Salute You)

One of the highlights was when Angus pulled out an extended solo during Let There Be rock! I must say that everyone, including myself was transfixed on this strange little man. It’s amazing to see this skinny, knobby-kneed, 53-year old man running around stage still making headlines as one of the greatest (yet very underrated) guitarists in the world. Here’s a video of that solo (although not at the L.A. concert) from November 1st.

You might not expect much from most bands at this age, but AC/DC always proves you wrong! Unlike The Rolling Stones who sometimes play to point of showing fatigue night after night, AC/DC comes on strong and is one band you can say actually sounds like their records do.

Brian Johnson came out saying “It’s great to hear L.A. rockin’ again!” and these words could not be more true as it has been way to long since a powerhouse band has rocked this city. Our seats weren’t on the floor, but they were technically close. Here’s the few pictures I was able to get. Sorry that I only had my iPhone with me, so there was no zooming. 🙁 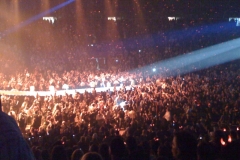 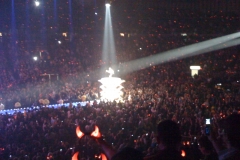 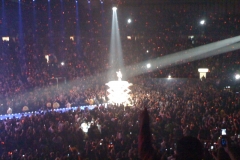 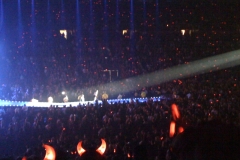 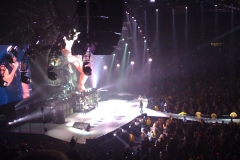 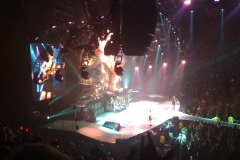 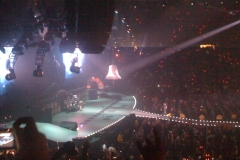 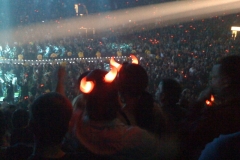 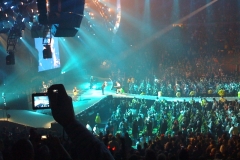 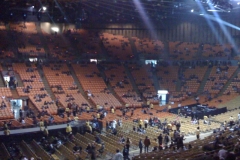 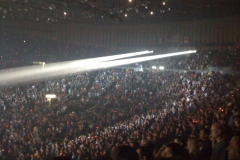 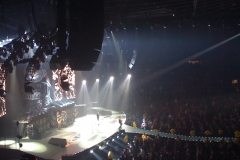 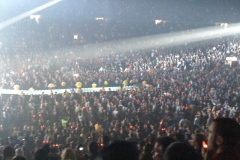 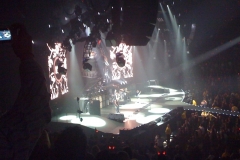 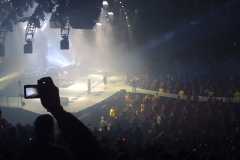 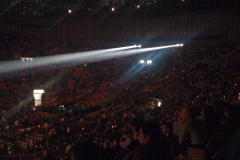 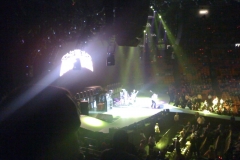 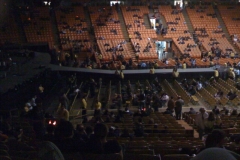 I want to wrap this up with an interesting article I found about concert encores. Although they are usually the “last stand” of the musicians playing and result in typically a better show ending then simply walking out on stage, but why has the encore become a staple? Isn’t an encore supposed to be a surprise at the end if the band feels like coming back?

Although I loved how Angus and the crew left the stage forcing the fans to scream for more only to have Angus rise out of the stage through a smoking hole and orange lights, it almost seems like these planned “comebacks” are taking away from what an encore is supposed to be. I think it should go back to the old days where a band only performs an encore when they feel the fans deserved it. After all, Elvis Presley only ever did one encore! 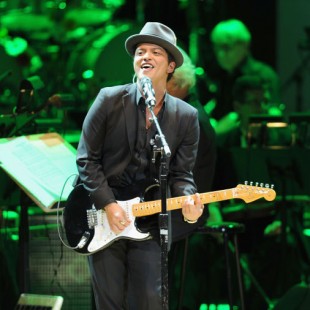 UPDATE: (read original) On February 12th, a representative from Ticketmaster reached out to me and was decidedly unhappy with my experience after reading this article. He explained to me how he felt and offered me a full refund on the order of my choice. Unfortunately, I had already listed the...