First Look at Windows 8 Pro on a Desktop PC

I got my copy of Windows 8 today thanks to Amazon’s super fast 2-day shipping and I’ve just spent the last 2 hours upgrading my Windows 7 PC and playing with Windows 8. So far, I’ve been able to sort out my tiled Start menu, install a few apps and learn how to do some new things as well as re-learn how to do some old things. 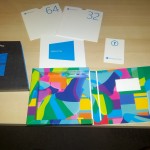 All you get is a fancy little box that opens up to reveal two dvd discs, a welcome card and a product key card. The two discs are the 32-bit and 64-bit versions and they use the same product key. Like Windows 7, I’m pretty sure you can use this one product key to install one copy of each. We’ll find out later when I go to upgrade my Windows partition of my Macbook.

The key card obviously holds your Windows license and unlike Windows 7, you cannot install Windows 8 without it. Before, you could skip the product key and use Windows for 30 days. Now you can’t.

Per request, here are two more photos from the box contents: 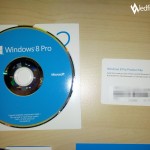 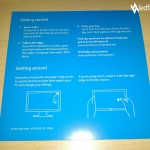 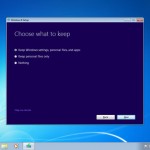 The upgrade process was fairly straight forward. I popped in the Windows 8 64-bit disc and it asked me what I wanted to do. I could have either upgraded the OS while leaving my apps, settings and files and change nothing or I could have started with a fresh install. I chose to keep everything.

It then prompted me with an alert of sorts telling me that I had three things that needed to be uninstalled because the software wasn’t compatible with Windows 8. One of the items was my Trend Micro Antivirus software which I didn’t care about too much because the new 2013 version works just fine. Another one of the items was surprisingly my motherboard’s USB 3.0 drivers. But I uninstalled it anyway just to make Windows happy and of course once the upgrade was complete and the computer restarted, there was a new USB 3.0 driver in place…this time Microsoft’s version.

So the whole process took place while I watched an episode of The Office on my Macbook which means, including the initial uninstalls (and subsequent restart), I was able to upgrade my Windows 7 PC to Windows 8 Pro in about 30 minutes. This timeframe may have been longer than most considering I had a great deal of programs, settings and files that Windows had to skate around to get working.

After the system came back up, I was prompted with an initial setup procedure that asked me some basic questions about how to configure my computer and a new feature that I actually really liked was whether I wanted to log into my computer using a local account or my Windows Live id. I’ll go over that in a bit.

Overall, the upgrade was painless and very simple. Even with a few roadblocks, everything went in smoothly and there was no loss of data or any programs except those that had to be removed before upgrading.

I don’t feel like getting into the new tile system that everyone is either praising or slamming, so let’s skip that and go right into the first few new things I noticed. As I mentioned before, one of the first new features was the ability to log into Windows with either a local user account or a Windows Live account. Using the latter allows you to retain your settings and app information when logging into another Windows 8 computer. This will do wonders for the IT department at your office if this feature turns into something that will replace roaming profiles!

Anyway, here are just a few others… 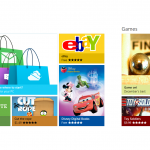 I will provide a follow-up on the features list when I’ve had more time to play around with everything in detail.

Everyone who hates the “metro” look really needs to play with it. They need to configure it to their tastes and make a real go at it before knocking it. I remember when I originally played with the preview versions, I didn’t care for it too much, but now that I see everything connected and working seamlessly together it’s a whole new experience.

I’ll admit this will take some getting used to but for those of you out there that are scared your classic Windows is gone, I assure you it’s not. Tiles is just a new Start menu and just like anything new in life, takes a little getting used to. Is it for everybody? Of course not. But trust me when I say it sure does make things look cleaner and more organized.

I recommend Windows 8 Pro and can’t wait until I can get it installed on a touch device. 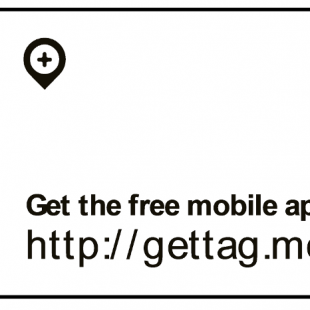 Back in April, I wrote an article about using digital barcodes on your business cards, but today, Microsoft just took their service out of beta mode and I decided there was a lot more to be said on the subject, so here's a new post just for Microsoft Tags. First of all, if you haven't seen my... 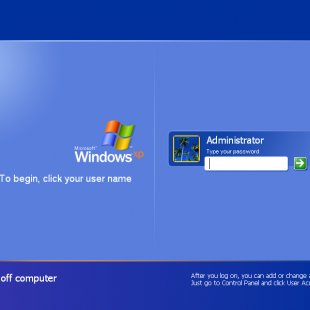 Are you experiencing a log on/log off loop while trying to boot Windows XP? I've run into this issue so many times while fixing client computers and it seems like every time I do a search for a fix, I get a different answer and sometimes, the fix works, sometimes it doesn't. Well today, my...