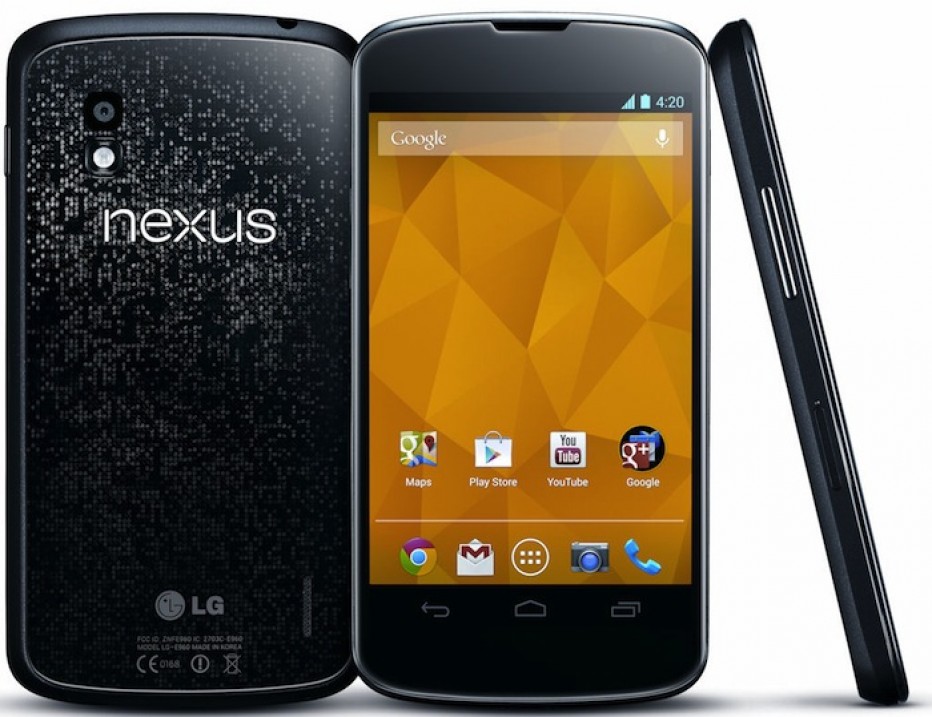 Full Review of the Google Nexus 4 Smartphone from LG 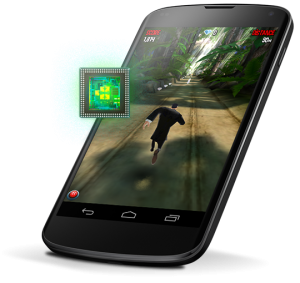 After I skated through the initial ordering process on November 13th and multiple communication breakdowns from Google in regards to order status, shipping date, etc., I finally got my Nexus 4 ten days ago. I was already so put out by the experience that I decided not to do an unboxing video and with Thanksgiving having been on the horizon, the last thing I wanted to do was rehash the Nexus 4 buying experience.

This delay has only served to better my review process since I’ve had a full 10 days to use the device and gather my thoughts and feelings about it. I don’t need to go over the specs on this phone since they’re pretty well known, but if you want to see them, go to the Nexus 4 page on Google.com. So enough chat…let’s get to it.

The Nexus 4 has got to be one of the smoothest phones I’ve ever felt. This can be a huge con however, considering how easy this thing will slip from your hands if you’re not holding on tight enough. As many of you know, I’m not a fan of cases and screen protectors and to this day, I’ve never scratched or broken a phone. With that said, understand that the Nexus 4 can be made far less slippery with the use of a 3rd party case or the official bumper from Google.

Front panel – The first thing you will notice about the front glass is that it is practically flat across the front, but slightly bevels downward into the siding of the phone. This makes for an almost seamless transition between the rubbery sides and the front panel. This is in sharp contrast to the iPhone 4 series and iPhone 5 models, which has a slightly raised frame around the front glass. This makes the Nexus 4’s screen feel more usable as you slide your finger around from edge to edge. The new Corning Gorilla Glass 2 makes this screen much more durable and scratch resistant than those of other devices. It also provides a much smoother feel over the new iPhone 5. 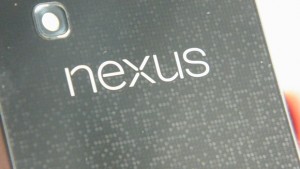 Back panel – The back panel is also made of Gorilla Glass 2, which gives it the same sexy smoothness that the screen offers. Unlike the prior Nexus device, the back panel is not a readily removable piece (requires T5 hex bit) and it certainly does not feel as cheap. It is inlaid with tiny little circles arranged in such a way that any movement will make them appear like color-changing pixels on a monitor.

Side panels – The sides are made up of very durable rubbery plastic. That’s the best way to describe it because it feels like rubber, but it’s hard like plastic. This is not something that you can make an impression in with your fingernail, but it is likely something that would endure scratches and chips very easy. The advantage to this material is that it helps you keep a grip on the phone if you choose to use it without a case.

Along the sides, you have a micro SIM card tray, a volume rocker, headphone jack, noise-canceling microphone, power button, voice microphone, micro USB port and two T5 hex screws that hold the back panel on. This design element is very similar to Apple’s iPhone. On the front panel, you have a very thin sliver at the top for the earpiece and a small hole for the 1.3MP front camera and the back panel has a spot for a speaker and the 8MP camera with LED flash.

Screen – The screen is a vibrant 1280-by-768 4.7-inch display. Google describes it best: “Gently curved glass edges allow your finger to slide smoothly on and off the 320ppi screen, while cutting-edge G2 Touch Hybrid display technology means you feel like you’re touching every pixel.”

Rear camera – The 8MP rear camera on the Nexus 4 is an upgrade from the 5MP camera on the Galaxy Nexus and it really shows! The Nexus 4 supports HD video recording in full 1080P quality. With Android Jellybean 4.2, you can now use this camera to take 360 degree photos using a new feature called Photosphere. These .jpg images can be viewed as a flat panoramic photo or in full 3D on the device and other Google services like Google Maps. 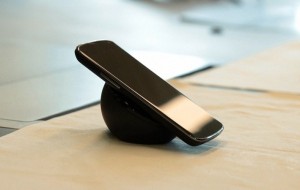 Wireless charging – I have yet to test this myself since I don’t currently own an inductive charger, but the Nexus 4 supports it. Google was supposed to release their “orb” charging dock, but there has been no word on when this will happen. Other users are reporting that existing devices are compatible. The way this works is you simply place the phone on the dock and it charges. No need to plug in any USB cable!

In trying to keep this review short, I really only wanted to highlight some of key features. My overall experience has been very satisfying. I was reluctant to go with another non-LTE phone after having left my Galaxy S II for the Galaxy Nexus (GSM model), but since I’m not a heavy data user off wi-fi, I wasn’t too concerned. Plus to be able to buy a brand new phone unlocked and contract-free for about the same price that others pay for a phone after signing up for 2 years is a HUGE plus in my book.

The Nexus 4 has a quad core processor and I can’t tell you how great that feels. To be able to jump from app to app with almost no load time is a luxury that few people have. It probably helps that this device is running pure Android and isn’t loaded down with carrier and manufacturer software. If I were rating this phone on a scale of 1 to 10, I’d give it a 9 only because it doesn’t have LTE. This will be a huge loss to some and although it wasn’t my primary concern, it does suck to not have it.

I hope to expand this review in the near future with sample photos, videos and other hands-on reviews. In the meantime, you can keep checking the Google Play store for this phone to be available for purchase, but I doubt you’ll be getting it anytime soon. I believe the current shipping time is 8-9 weeks!