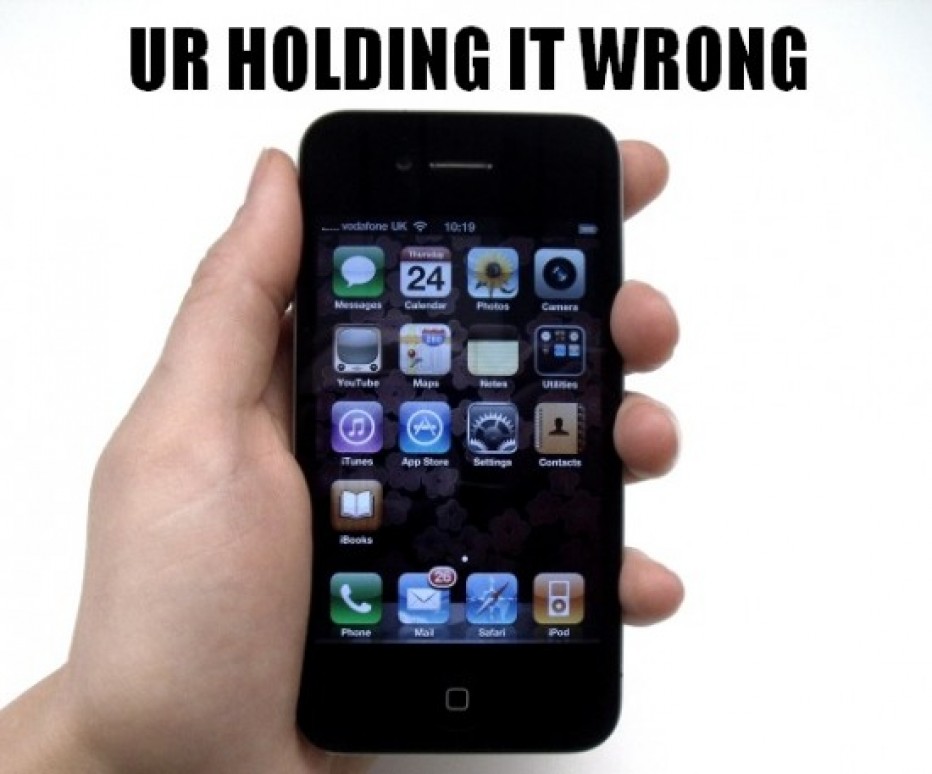 Due to all the bad press that Apple has received recently regarding its failed antenna design, Apple will be giving away free bumper cases to all iPhone 4 owners until September 30th. What fueled this fire was about a million blog posts and news stories that broke down the facts surrounding “antennagate.”

That’s right folks, we live in a world where every social issue (and even certain celebrity couples) require the use of fancy name so we can distinguish one pile of crap from another. Antennagate is certainly no exception to this rule. When there’s time to make up stupid headlines, the kids will come out and play.

However, this particular case seems to hold some merit despite its stupid name blazingly ripped off the 1970’s Watergate scandal. It appears as though Apple’s new iPhone 4 isn’t all it’s cracked up to be. In fact, the supposed revolutionary antenna design that was billed to give better reception amongst all of AT&T’s shortcomings actually has one major flaw…you can’t cup it with your left hand.

I don’t need to go into the details on iPhone 4’s antenna problems here because it’s clearly been discussed elsewhere including at an Apple press conference on July 16th where Steve Jobs goes on to explain how and why the iPhone 4 isn’t the only smartphone to suffer this problem.

The first fix for the antenna problem was a simple quote by Mr. Jobs himself in response to an email sent to him by a concerned user: “Just avoid holding it in this way.”

The second fix was updating the phone to iOS 4.0.1 in which Steve Jobs claimed that the real reason people were upset about the antenna problem was because they were watching 5 signal bars decrease to 1 or 2 when in reality, the phone was only getting about 3 and then got decreased to 1 or 2. The solution? Change the algorithm in the phone to reflect a more accurate signal strength. What I get from this is two things: either Apple purposely increased the algorithm to make it appear as though AT&T’s service was better than it was or AT&T’s service is still crappy and now the iPhone 4 makes it worse when you put the phone in your left hand.

The third and final fix is to get a bumper case. Again, according to Steve Jobs, he says that all smartphones have antenna weak spots when you touch or hold them in certain ways (including all previous iPhones). The reason why we noticed so many more complaints this time around is because when people bought the previous iPhones, they usually bought a case to go along with it (upwards of about 80% of the sales), so they never saw the problem. Whereas the iPhone 4 was so top secret (except when the prototype was found in a bar) that no case manufacturers could make a case in time for the launch date.

However, amid speculation that Apple knew about the antenna problem, Apple may have blocked manufacturers from knowing the phone’s specifications ahead of time and the fact that Apple was really pushing the cool new bumper case at $29 a pop, they have decided to offer these cases to iPhone 4 users free of charge. I guess they didn’t want people to think this was all setup as an ingenius marketing ploy!

How to get a free Bumper case from Apple

I don’t know if you can process a free case order in an Apple store, but why would you want to when you can do it right online? All you have to do is visit Apple’s bumper case program on their website and download the iPhone app that allows you to process the order. I’m assuming that using an app was the best way to track an order for your phone’s serial number so you can’t order more than one!

Already bought a bumper? Good! Now you don’t have to wait for one to be shipped. You’re even more lucky if you paid for it with your credit/debit card because Apple is automatically refunding the $29 (plus tax) without you having to lift a finger! Now that’s service! By the way, you can check the status of your bumper case refund online too.

I only feel sorry for you folks that bought your cases on eBay because you’re not going to be able to get a refund and what’s worse is that the person who sold it to you will probably be able to get another free case or refund so they just made an extra $30! Oh well…such is life.

What about the white iPhone? 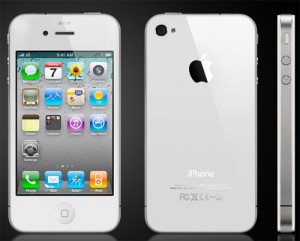 more difficult to produce” (white paint is rare you know), but now since all this antennagate stuff, they might just be pushing it back to the end of the year or sometime in 2011 while they try and figure out a “real” fix to this problem.

My guess? iPhone 5 will be white and the phone won’t even be completely wireless — you’ll have to plug in an external antenna anytime you want to use it. The instructions will then tell you to place this antenna more than 5 feet away so you won’t be tempted to touch it while on the phone.