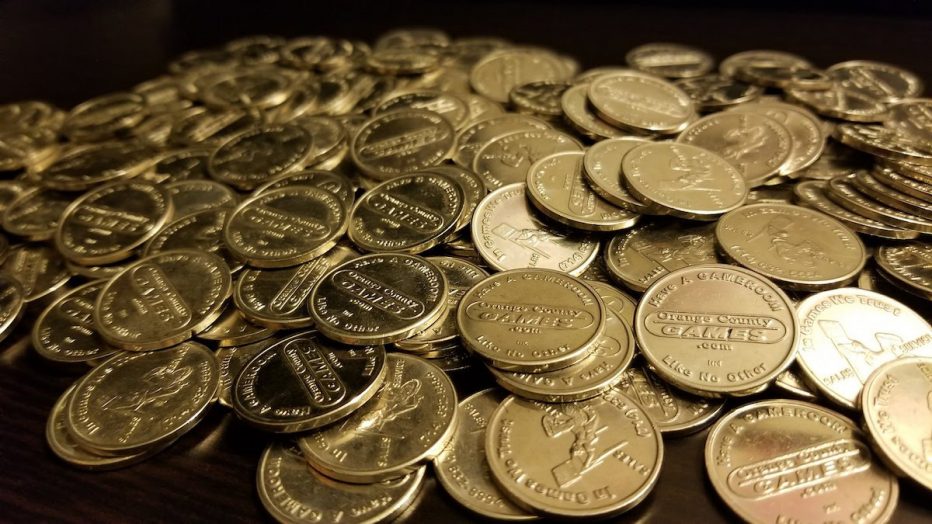 Using Coin Mechanisms in Your Home Arcade – For Tokens

This post was technically written back in 2009, but after moving it here, I decided to basically re-write it to clarify a few things. If anyone is considering using coin mechanisms in their home arcade, here’s a way you can use them to collect tokens…you know, for security reasons. But first, why would you want to collect coins in a home arcade?

From what I see around the internet and on YouTube, almost all of the individuals out there who have their own home arcade choose to set their games on free play to make playing them simple while leaving the coin mechs void of function and thus, “just for show.” Since my first rule was to keep the authenticity alive and well on my machines, I refused to use free play on my MKII machine and the MAME cabinet sitting next to it.

There was also a technical reason for doing this as well. After using MAME for some time, I came to learn that not all arcade games even have a free play option and since my second rule was to keep the machines as un-modified as possible, I wasn’t about to drill a hole in the control panel (or anywhere) just to have a special coin up button.

Naturally, the coin mechanisms used on my machines were set to take U.S. quarters and I’d be damned if I was going to leave a bucket of coins lying around for guests to …err…accidentally take home! One option was to purchase brand new coin mechs that were designed specifically to take tokens, but from what I understand, these coin mechs will no longer take quarters. Referring back to rule 1, my wish was to be able to accept quarters and tokens. Why? To be quite honest, some of my friends didn’t mind contributing real money to my cause as a thank you for providing them with nostalgic entertainment. What better way to allow them to donate than to pop in a quarter and get an instant return on their investment? This also explains why I have dollar bill acceptors installed as well.

First off, take into consideration that there are a huge variety of different coin mechs out there and some may not even need this modification. So to begin, note that my coin mechs are the originals that came installed in my dedicated Mortal Kombat II machine from Midway.

There are a few tutorials already out there that show various mods to make this happen, but I took a shortcut so to speak. I found out that when my tokens were dropping through, at first they were getting hung up beside the ejector plate because the tokens are slightly thicker than a quarter. The mechs were adjusted so the larger coin would fit, but then upon exiting this spot, they would be tossed down to the back of the mech and get hung up again.

This was being caused by the lighter weight and possibly smaller diameter. Essentially, as a real quarter went down the chute, it would bounce off the “back” wall and then down into the proper slot to be counted as a credit. The tokens on the other hand were hitting this back wall and then staying right where they fell. To fix this, all that was needed was a thin piece of metal that would prevent any coin from falling that far back into the mechanism. I was able to break off the metal connectors from an old broken microswitch and bend them into an L shape. If you look at the pictures, you can see just how I attached them. Any type of super glue will work fine. 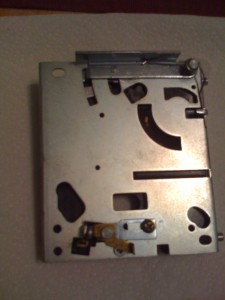 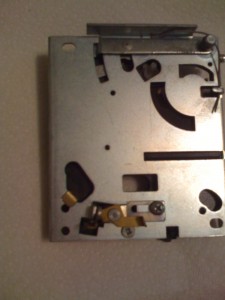 That’s it! The only downside to this mod is that these coin mechanisms will now accept any “coin” that is similar in size to a quarter and most tokens, so I would not recommend doing this mod in a real arcade environment where money (tokens or otherwise) is being collected. 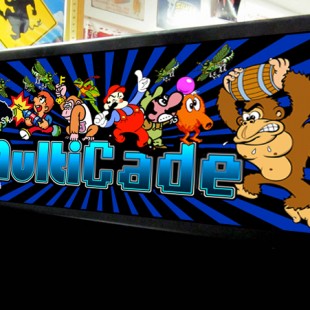 Just about everyone who owns one or more arcade games would love to have a copy of their game(s) in mint condition. When you can't make that happen, the next best thing is a true-to-original restoration. If you're lucky, you're good at doing your own repairs or finding great people to print...